This AIR excursion was not as easy as the previous versions, but it was, indeed, harder and more challenging.

First, it was the difficulty to get into the bus. There was a crowd of people who wanted to get into the bus at once. The trip on the bus was not so comfortable, but it allowed me to witness a great amount of social acts. At the beginning a women insulted my friend Youness for carrying a camera and recording us, only us. She said, ‘’ either you will turn that god damned gadget down or I will kick both of you out of the bus, through the window!!’’  We were all surprised by her furious reaction and told her that we have no intention of filming her. Later on, it was the Hassania football team supporters, who are divided into two factions (Imazighen / Red Rebels), who started arguing while insulting each other singing their racist slogans. Finally, an elderly women, who was standing between the two factions, was complaining about the songs saying, ‘’ this is haram (forbidden)! Singing is the devil’s duty! You are a Muslim country only by name!!!’’

When we arrived to our starting point, the weather was calm and warm, the sky was clear, and the participants were very excited to hike up the mountain opposite the sea. We started our walk up the slippery path. The huge cactuses plants made me feel like I was discovering the American deserts. However, the Argan trees reassured me that I was still walking on Agadir’s ground. It was not easy for me to reach my target at once. I had to take breaks and catch my breath. I could finally enjoy the view from above when I made it to the top.  I sat down on a large stone admiring the view, listening to Mr. Taha’s advice, feeling the breeze, letting go of all my worries, and longing for the sandwiches in my backpack. After having lunch, we dismounted off the mountain in half an hour.  My friends and I headed towards the refreshing water for a swim. There I was again, floating on the blue water after several years of not being able to do so.

It was an amazing trip. I got to know my weaknesses and strength, free my mind, and push myself to its limits to reach the best that I could. Life is more or less the same. We set goals, work hard to achieve them, struggle on our way to them, reach them, and then reward ourselves and enjoy a well-deserved break. 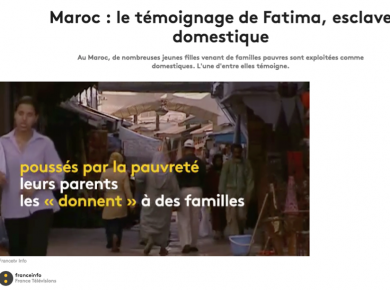 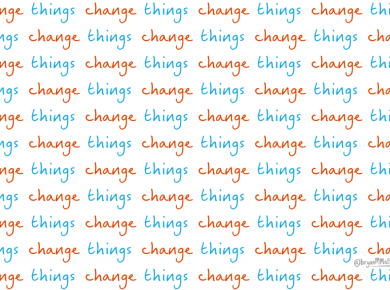 Thursday ,December the 8th 2016, Emy participants attended an open discussion meeting with Mr Taha Balafrej at connect institute. The meeting was generally about these ideas: All humans have the…
Lire cet article 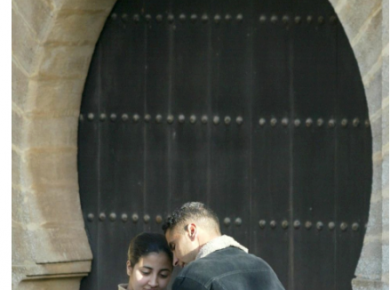 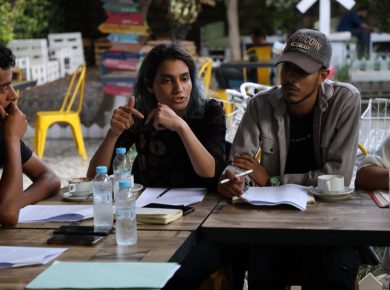