Fouad Abdelmoumni, general director of Al Amana association, general secretary of Trancparency Maroc, and an activist, was the guest of a FEED, on the 2nd of June.

Since his childhood, Fouad Abdelmoumni was affected by his father’s political debates. He was also introduced to the world of reading thanks to his siblings. After getting his baccalaureate degree he got into the Institu Agronomique. But during his first year there, he got arrested along with hundreds of other militants that were part of the UNM (Moroccan students’ national union). Still, his 2 years of prison were not wasted. It enabled him to forge his own personality and made him understand that we all can and should contribute to create more happiness in the world.

Fouad Abdelmoumni gave his opinions about the status of women, community belonging and political values in Morocco; some of the elements that were discussed throughout this FEED’s session.

Speaking about Connect Institute and its approach he says: “The exchange I had with the participants proved to me that this is a wonderful experience that deserves the investment, the effort and the dedication givento it by its promoters. This experience promises that a large partof our youth will acquire here a lot of good ideas and skills that they will be able to apply in their lives, theirenvironment and their happiness” 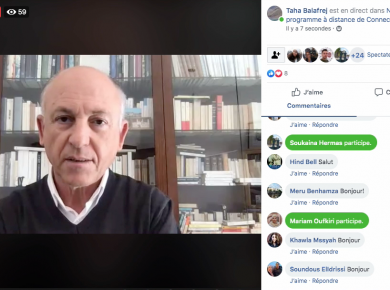 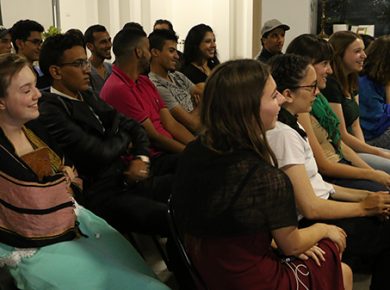